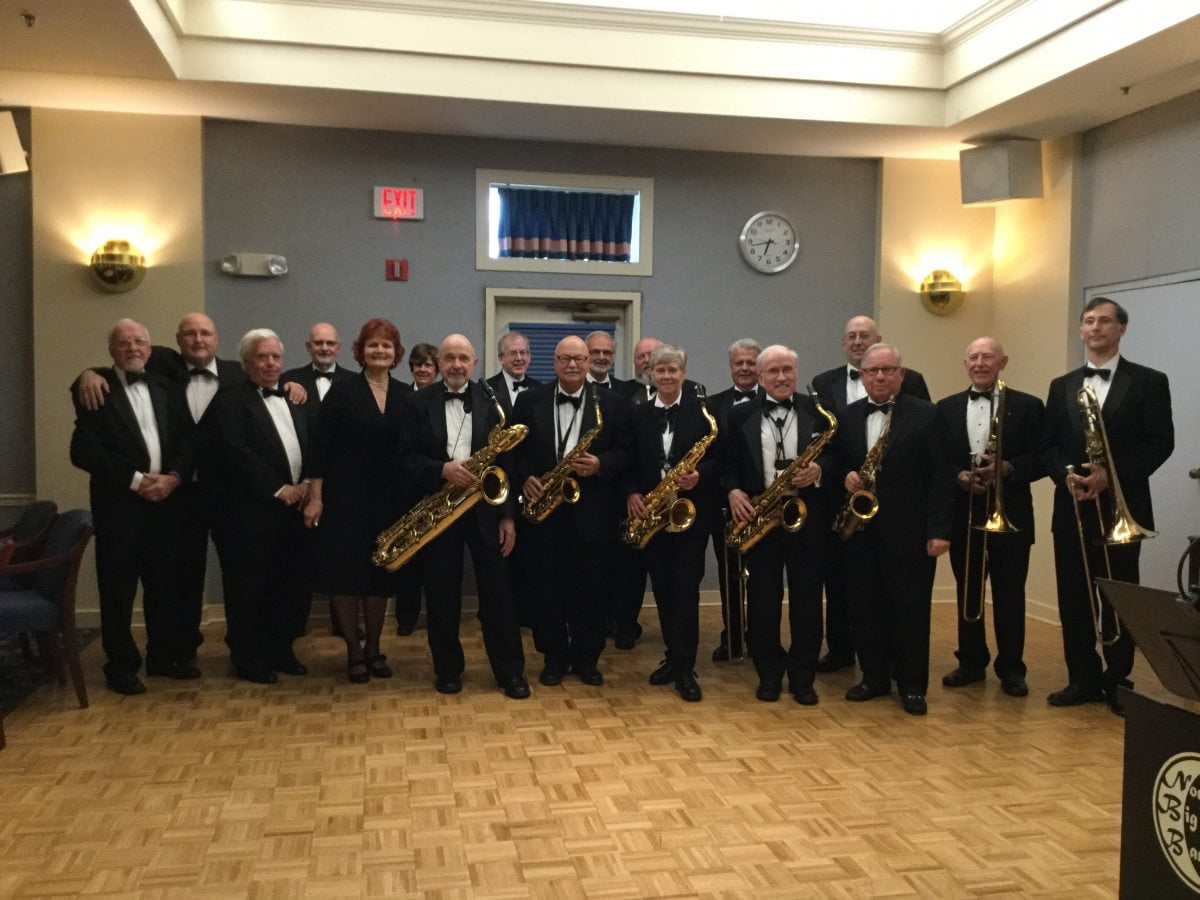 The Nocturnes’ music appeals to a broad range of musical tastes. This big band features music from the swing era by greats such as Glenn Miller, Benny Goodman, Count Basie, Duke Ellington, and Stan Kenton, and music by the Beatles, Chicago, and the Beach Boys, plus occasional Blues and Country and Latin music as well as songs made popular by the likes of Billy Joel, Stevie Wonder, Ella Fitzgerald, Peggy Lee and Natalie Cole. They will be performing Orange Colored Sky, All of Me, When I Fall in Love, Georgia, and Strike the Band, among others. Based in Wall Township, The Nocturnes perform for dances, parties, concerts, fundraisers, and other special events, and appear frequently at many senior facilities in Ocean and Monmouth Counties.

This concert will feature vocalist Cheryl Parker who will double as Master of Ceremonies for the performance. Cheryl began singing at the age of 4 and has sung in nearly every genre, including gospel, opera/classical, theater, blues, big band and jazz repertoires. She had the privilege of producing and recording a tribute to American Songbook composer, Arthur Schwartz, with jazz great, Ken Peplowski. Over the years, Cheryl has performed with many other internationally acclaimed musicians including Joanne Brackeen, Jimmy DeSalvo, Dan Walsh, Gary Mazzaroppi, Joe Accurso, Vic Cenecola, Vinnie Corrao, Doug Clark, Bob Pilcher and Dee Holland and has appeared in concert halls, music festivals and intimate venues in Arizona, New Jersey, and New York. Cheryl sings with 17-piece swing bands, 10-piece combos, and a number of jazz duos, trios, and quartets.

All are welcome! A free will offering will be taken, and a reception will follow.