Long Beach Island, NJ— May 15, 2016—The Lighthouse International Film Festival (LIFF) has announced the complete lineup for its eighth annual event, which will take place June 9-12, 2016 on Long Beach Island, New Jersey. The festival will open with CAMERAPERSON, Kirsten Johnson’s documentary that crafts both a personal and a universal story from clips Johnson has shot both in her award-winning career as a cinematographer and her own home-movie footage.

“Kirsten Johnson’s documentary is the perfect film to open our 2016 festival, a fantastic offering from a dynamic talent. Its blend of content, style and structure combine to elevate it to a level most films can only aspire, but her vision and impeccable execution firmly put Cameraperson at the vanguard of what documentary film can accomplish in storytelling,” says Eric Johnson, LIFF Executive Director. “Kirsten has made a film that will be heralded as a template for creatively exploring new ways of approaching filmmaking as a craft, and in turning the craft in on itself to make it more universal, more engaging and more personal when presented back to the world.”

Cameraperson will open LIFF on June 9th, at the Long Beach Island Foundation for the Arts and Sciences (LBIF) in Loveladies, NJ, with Kirsten Johnson participating in a Q&A following the screening.

LIFF will again present both Documentary and Narrative Centerpiece Films, including the World Premiere of Kristian Kiehling’s CHRONICLE OF A SUMMER IN EUROPE, as Documentary Centerpiece. A first person account of the historic summer of 2015 in which Kiehling embedded himself on the refugee trail beginning in Malta and the Mediterranean Sea and traveled with refugees across Europe ending up at another body of water, the English Channel.

“Kristian Kiehling has made a film that must, absolutely must, be seen,” says LIFF director Johnson “In the face of one of the greatest crises the world has known, Kiehling has given a face and a voice to the masses who are fleeing war and famine-torn lands in search of more stable lives. It’s a situation that affects the entire globe, stretches into every aspect of life worldwide and Kiehling has made a sensational, observational film that should strike chords deep within all humanity.”

Chronicle of Summer in Europe will screen at the LBIF on June 11, with director Kristian Kiehling, editor Eric Pforr and composer Maurizio Curcio on hand for a Q&A.

The Festival’s Narrative Centerpiece film is WOMEN WHO KILL, directed by Ingrid Jungermann. An exceptional debut, both hilarious and tense, the film blends deadpan comedic moments of a lesbian relationship comedy with a murder mystery plot that builds tension as it simultaneously skewers its trappings.

“Ingrid Jungermann is one of the most exciting directors breaking out in 2016 and to bring Women Who Kill to LIFF is an absolute pleasure,” says LIFF director Johnson. “Ingrid builds her story through her perfectly observed characters, upping the tension and the comedy as their lives, neuroses and fears are revealed, yet all the while still being able to use them to drive a white-knuckle mystery that delivers legitimate surprises and shocks. Her film deserves a wide audience and we’re exceedingly happy to give our LIFF audience the chance to embrace it.” Women Who Kill- will screen Friday, June 10 at the LBIF, with Ingrid Jungermann in attendance for a Q&A after the film.

Closing the 2016 Festival will be THE LAST LAUGH, director Ferne Pearlstein’s exploration of whether humor and the Holocaust can ever coexist when discussing tragedy of such magnitude.

“The Last Laugh puts its question upfront to the audience, and then leads a journey that is funny, insightful, uplifting and inspiring,” says LIFF director Johnson. “Complex issues demand respectful treatment and Ferne’s film understands that delicate balance and walks it perfectly, giving equal voice to both sides of the issue, while still managing to fit in tons of laughs. It’s a special documentary, made by a filmmaker working at peak talent. LIFF audiences are in for a real treat with this film and I couldn’t think of a better film to close the festival and whet our audience’s hunger for 2017.”

The Last Laugh will screen at the LBIF on Sunday, June 12, with director Ferne Pearlstein on hand for a Q&A after the film.

The Lighthouse International Film Festival also announces the creation of WRITE BY THE BEACH, a new writers’ retreat program for female filmmakers and screenwriters. Designed with a simple mission to foster female voices in independent film, the inaugural program will see the Festival bring four female filmmakers and screenwriters to Long Beach Island for a week leading up to and including the Festival, with no obligation except to put work into whatever project they are currently developing. “Long Beach Island’s beauty has long inspired artists, residents and guests alike. We feel that in offering these women time and space to create, with no obligations, no distractions and no contingencies on what they create, we can continue to cultivate the growing film community on LBI and continue to enhance and grow the dialogue between LBI and the independent film world begun with the creation of the Festival in 2008,” says LIFF director Johnson. The 2016 Write By The Beach recipient writers will be announced later in May.

Inspired by the historic Barnegat Lighthouse, which has beckoned travelers to LBI since 1859, LIFF has emerged as New Jersey’s leading international film festival. The festival will feature award-winning films from countries around the world, as well as nightly parties and panel discussions.

The Lighthouse International Film Festival was founded in 2008 by a collection of filmmakers, film critics and film industry professionals who share a passion for film and wanted to create an event aimed first and foremost at film enthusiasts. Taking place on Long Beach Island, NJ — one of the East Coast’s most popular surfing destinations — the festival celebrates three days of new, exciting and challenging films in honor of Long Beach Island’s historic Barnegat Lighthouse. 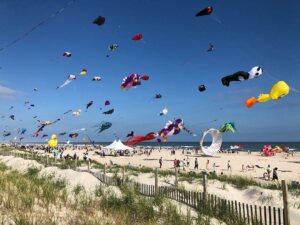 Volunteer with The Kite Festival, Get a Free Tee Shirt! 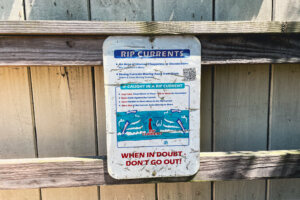 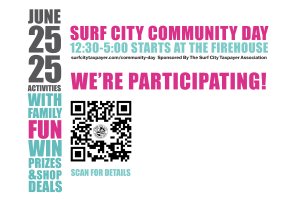 Check Out The First Ever Surf City Community Day on June 25!